They're data scientists, not birdwatchers 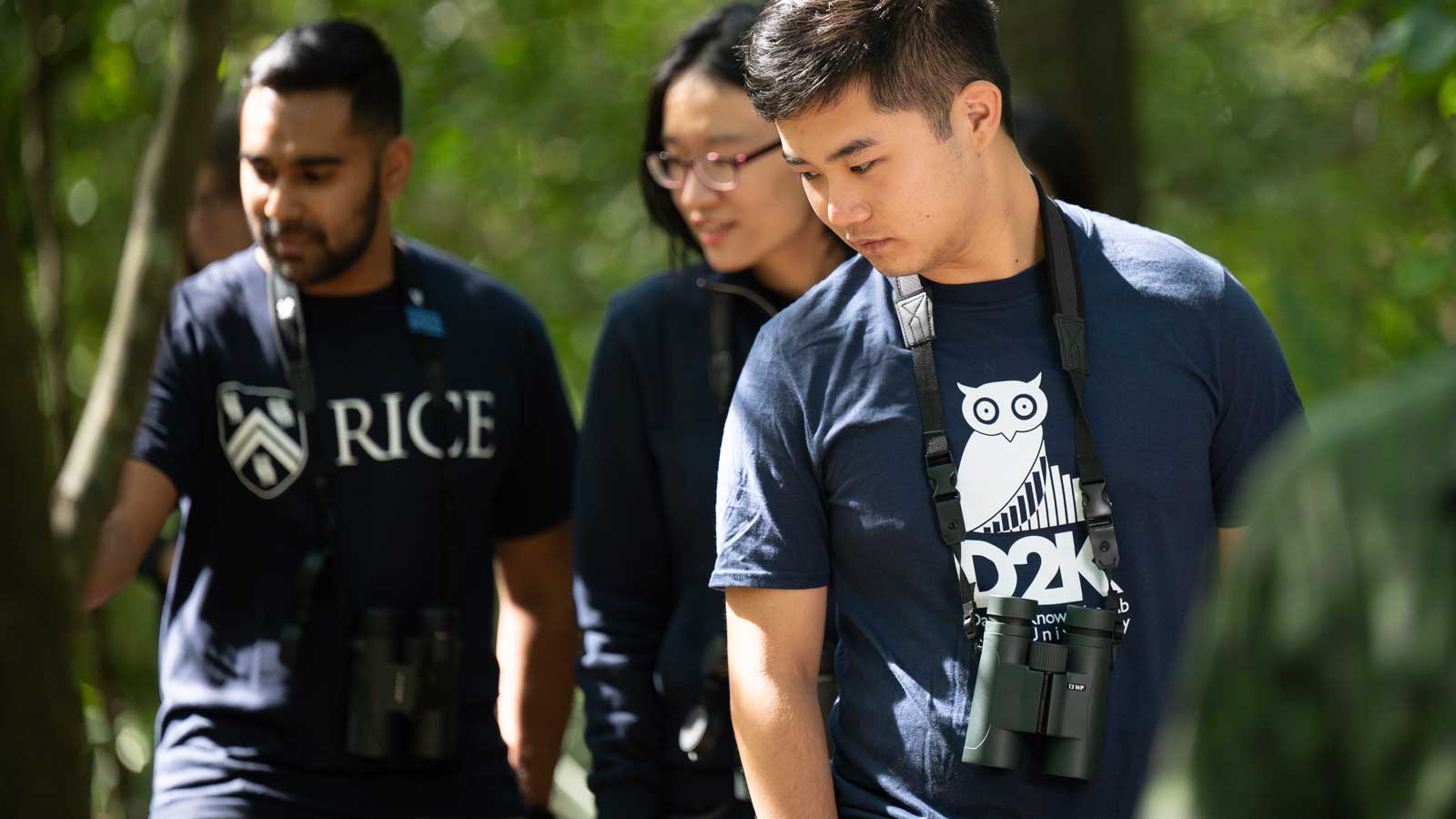 Team Audubon consists of four Rice data science students, none of whom is a birdwatcher.

“We didn’t know a lot about birds. We’re engineers, not ornithologists. We built a computer-vision system for classifying species of birds and counting them from pictures taken by drones. Our involvement was technical,” said Krish Kabra, a first-year doctoral student in electrical and computer engineering (ECE).

The team was sponsored by Houston Audubon, where Richard Gibbons is the conservation director: “We hoped the students could help us automate counting and identifying thousands of nesting birds. For precision monitoring to work we needed to reduce staff and volunteer data-processing time by an order of magnitude, and that meant automation.”

The team’s project was titled “Development of Machine Learning Algorithms for Precision Waterbird Monitoring.” Their dataset was footage shot from a drone last May over Chester Island in Matagorda Bay and North Deer Island in Galveston Bay.

For the past five years, Anna Vallery, Houston Audubon’s conservation specialist, and Hank Arnold, Audubon Texas volunteer, have been working in different bay systems to integrate drones into their regular waterbird counts along the Texas coast. Arnold contacted Arko Barman, an assistant teaching professor in ECE at Rice.

“Arko suggested the D2K program. Houston Audubon became the lead because we were pursuing the same questions and Hank was helping Houston Audubon with his professional-grade drone. It all came together,” Gibbons said.

Seventy-acre Chester Island, owned by the Texas General Land Office, was built from dredge spoils in 1962. It is located near the intersection of the Matagorda ship channel and the Gulf Intra-coastal Waterway. The island is a breeding colony for 18 species of birds, including the endangered brown pelican, and hosts one of the largest colonies of the threatened reddish egret.

“We learned many new concepts related to computer vision and machine learning,” Gibbons said. “The team was successful in counting and identifying most species.”

“Audubon wanted a safer and more efficient way to conduct its bird counts. We accomplished that,” Kabra said. “Now the goal is to get the system we developed up to scale.”

The team is now writing a paper on their findings and expects the project to be continued by other students in the future.

“We’re just getting started,” Gibbons said. “The next step is training the model to distinguish several tern species and determining the minimum resolution of imagery for acceptable identification performance so the tool will be useful to wildlife biologists with modest budgets.”